British excavations in Egypt 1880-1980: the distributing institutions and their sponsors

From the 1880s onwards British teams were prolific exporters of Egyptian antiquities, in large measure due to its position as an occupying power from 1882 until 1952. In 1883 Flinders Petrie negotiated new terms of ‘partage’ with Gaston Maspero, Head of the French-run Service du Antiquités de l’Égypte an agreement that permitted archaeologists to legally export a share of their finds for distribution, following the Museum in Cairo’s first selection. The ‘partage’ model was underpinned by a complex system of financial sponsorship, sometimes arranged with the support of a few private individuals, but most frequently via a handful of British organizations:

The EEF/EES, BSAE, ERA and Liverpool all dispersed objects to institutions following each field season, the extent of which vaired between 1880 and 1980 as antiquities laws and partage agreements changed. Although private individuals could sponsor missions, it was museums that were the primary beneficiaries. In deciding how to divide up finds some of these organizations would consider the demographic profile of individual subscriptions and if there appeared to be a strong regional concentration of donations then the local museum would benefit. Museums were also able to subscribe directly to these organisations in order to secure desirable objects. Universities and schools were similarly considered to be appropriate recipients of antiquities, although in these cases the institutions that benefitted were largely influenced by inter-personal networks. Very occasionally private individuals received small numbers of what were considered to be ‘duplicate’ or less valuable objects for their own private collections, although often these too later percolated into museums. 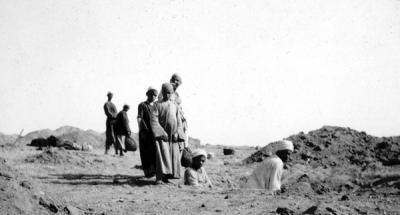