John Garstang led excavations in a Predynastic habitation area, cut through by later Old Kingdom to Middle Kingdom tombs, labelled 'site M' and divided by the excavators four portions M1-M4. Finds from the Predynastic settlement remains in area M1 were numbered 'S1' and those from M2 were labelled 'S2'. The published tombs were numbered between M1 and M560. 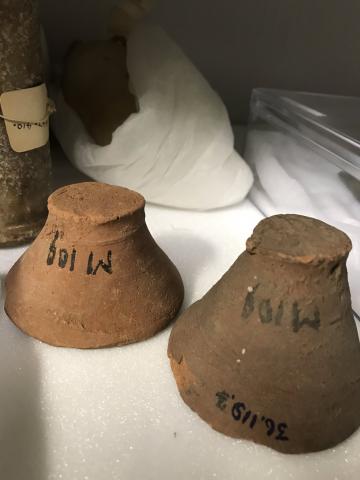 M109. Courtesy of National Museums Liverpool and with thanks to Ashley Cooke